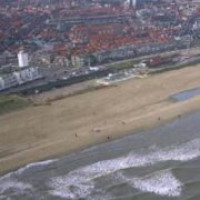 By Dan McGrath on February 5, 2010 in Junk Science, Mythical Consensus

By Rob Kievit A United Nations report wrongly claimed that more than half of the Netherlands is currently below sea level. In fact, just 20 percent of the country consists of polders that are pumped dry, and which are at risk of flooding if global warming causes rising sea levels. Dutch Environment Minister Jacqueline Cramer […]

The Indian government has established its own body to monitor the effects of global warming because it â€œcannot relyâ€ on the United Nationsâ€™ Intergovernmental Panel on Climate Change, the group headed by its own leading scientist Dr R.K Pachauri. By Dean Nelson The move is a significant snub to both the IPCC and Dr Pachauri […]

By Ben Webster The head of the UNâ€™s climate change body is under pressure to resign after one of his strongest allies in the environmental movement said his judgment was flawed and called for a new leader to restore confidence in climatic science. Rajendra Pachauri, chairman of the Intergovernmental Panel on Climate Change (IPCC), has […]

By Dan McGrath on February 3, 2010 in ClimateGate, Corruption, Junk Science

By Fred Pearce Phil Jones, the beleaguered British climate scientist at the centre of the leaked emails controversy, is facing fresh claims that he sought to hide problems in key temperature data on which some of his work was based. A Guardian investigation of thousands of emails and documents apparently hacked from the University of […] 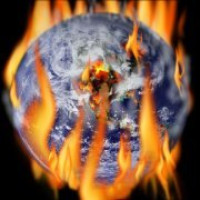 By Ninad D. Sheth It was presented as fact. The UNâ€™s Intergovernmental Panel on Climate Change, led by Indiaâ€™s very own RK Pachauri, even announced a consensus on it. The world was heating up and humans were to blame. A pack of lies, it turns out. The climate change fraud that is now unravelling is […]

By Steve Everly The story behind the IPCC director’s involvement in winning huge grants to study the impacts of a debunked claim about glaciers melting in the Himalayas had another layer added today when the Times Online (U.K.) reported that he knew about the bogus claim before announcing his latest award to study it. Dr. […]