By Dan McGrath on February 3, 2010 in ClimateGate, Corruption, Junk Science 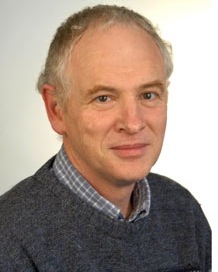 Phil Jones, the beleaguered British climate scientist at the centre of the leaked emails controversy, is facing fresh claims that he sought to hide problems in key temperature data on which some of his work was based.

A Guardian investigation of thousands of emails and documents apparently hacked from the University of East Anglia’s climatic research unit has found evidence that a series of measurements from Chinese weather stations were seriously flawed and that documents relating to them could not be produced.
Jones and a collaborator have been accused by a climate change sceptic and researcher of scientific fraud for attempting to suppress data that could cast doubt on a key 1990 study on the effect of cities on warming â€“ a hotly contested issue.

Today the Guardian reveals how Jones withheld the information requested under freedom of information laws. Subsequently a senior colleague told him he feared that Jones’s collaborator, Wei-Â­Chyung Wang of the University at Albany, had “screwed up”.

The revelations on the inadequacies of the 1990 paper do not undermine the case that humans are causing climate change, and other studies have produced similar findings. But they do call into question the probity of some climate change science.

The apparent attempts to cover up problems with temperature data from the Chinese weather stations provide the first link between the email scandal and the UN’s embattled climate science body, the Intergovernmental Panel on Climate Change, as a paper based on the measurements was used to bolster IPCC statements about rapid global warming in recent decades.

Wang was cleared of scientific fraud by his university, but new information brought to light today indicates at least one senior colleague had serious concerns about the affair.

It also emerges that documents which Wang claimed would exonerate him and Jones did not exist.

The revelations come at a torrid time for climate science, with the IPPC suffering heavy criticism for its use of information that had not been rigorously checked â€“ in particular a false claim that all Himalayan glaciers could melt by 2035 â€“ and UEA having been criticised last week by the deputy information commissioner for refusing valid requests for data under the Freedom of Information Act.

The Guardian has learned that of 105 freedom of information requests to the university concerning the climatic research unit (CRU), which Jones headed up to the end of December, only 10 had been released in full.

Read the rest of this story at the Guardian.