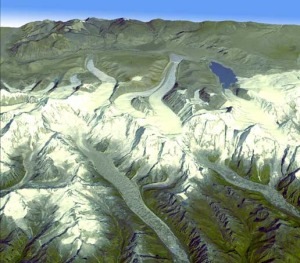 The head of the UNâ€™s climate change body is under pressure to resign after one of his strongest allies in the environmental movement said his judgment was flawed and called for a new leader to restore confidence in climatic science.

Rajendra Pachauri, chairman of the Intergovernmental Panel on Climate Change (IPCC), has insisted that he will remain in post for another four years despite having failed to act on a serious error in the bodyâ€™s 2007 report.

John Sauven, director of Greenpeace UK , said that Dr Pachauri should have acted as soon as he had been informed of the error, even though issuing a correction would have embarrassed the IPCC on the eve of the Copenhagen climate summit.

A journalist working for Science had told Dr Pachauri several times late last year that glaciologists had refuted the IPCC claim that Himalayan glaciers would disappear by 2035. Dr Pachauri refused to address the problem, saying: â€œI donâ€™t have anything to add on glaciers.â€ He suggested that the error would not be corrected until 2013 or 2014, when the IPCC next reported.

The IPCC issued a correction and apology on January 20, three days after the error had made global headlines. Mr Sauven said: â€œMistakes will always be made but itâ€™s how you handle those mistakes which affects the credibility of the institution. Pachauri should have put his hand up and said â€˜we made a mistakeâ€™. Itâ€™s in these situations that your character and judgment is tested. Do you make the right judgment call? He clearly didnâ€™t.â€

Read the rest of this story at the London Times.