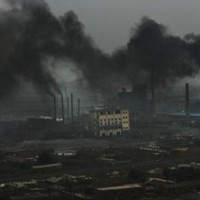 New York Times BEIJING — China, the world’s leading emitter of greenhouse gases from coal, has been burning up to 17 percent more coal a year than the government previously disclosed, according to newly released data. The finding could complicate the already difficult efforts to limit global warming. Even for a country of China’s size, […]