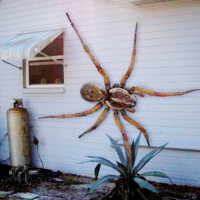 By Dan McGrath on April 26, 2015 in Scaremongering

New research suggests that climate change could make spiders not only more numerous but larger and faster on their feet By Geoffrey Lean – Forget floods, droughts, sea-level rise and even the melting polar ice caps. Here’s a really compelling reason to worry about global warming. Spiders. Research has already suggested that there will be […]

By Michael Bastasch – It’s been a busy year for climate scientists, who have been trying to explain why there has been no global warming for nearly two decades. The Daily Caller News Foundation reported in February there were eight mainstream explanations for the pause, but there are now a whopping 52 explanations for why […]

By Response Action Network Some Democrats are privately worried that Hillary Clinton has too much baggage to make a successful presidential run in 2016.  In casting about for a credible alternative candidate, some eyes are gazing, quite longingly, at… Al Gore. Not because he’s baggage-free — he did lose to George W. Bush in 2000 […] 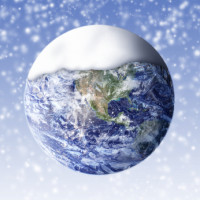 The world is on the verge of another ice age. Well, at least that’s what scientists told us in the 1970s: burning fossil fuels like coal would cause the world to plunge into another ice age in the 21st Century. “The world could be as little as 50 or 60 years away from a disastrous […]