By Dan McGrath on February 5, 2010 in Junk Science, Mythical Consensus 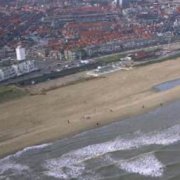 A United Nations report wrongly claimed that more than half of the Netherlands is currently below sea level.

In fact, just 20 percent of the country consists of polders that are pumped dry, and which are at risk of flooding if global warming causes rising sea levels. Dutch Environment Minister Jacqueline Cramer has ordered a thorough investigation into the quality of the climate reports which she uses to base her policies on.
Â

Climate-sceptic MPs were quick to react. Conservative MP Helma NeppÃ©rus and Richard de Mos from the right-wing Freedom Party want the minister to explain to parliament how these figures were used to decide on national climate policy. “This may invalidate all claims that the last decades were the hottest ever,” Mr De Mos said.
Â

The incorrect figures which date back to 2007 were revealed on Wednesday by the weekly Vrij Nederland. The Dutch Environmental Assessment Agency told reporters that the UN’s Intergovernmental Panel on Climate Change (IPCC) added together two figures supplied by the agency: the area of the Netherlands which is below sea-level and the area which is susceptible to flooding. In fact, these areas overlap, so the figures should not have been combined to produce the 55 percent quoted by the IPCC.

The discovery comes just a week after a prediction about glaciers in the Himalayas proved wrong. Rather than disappearing by 2035, as IPCC reports claim, the original research underlying the report predicted the mountain ice would last until 2350.

Read the rest at Radio Netherlands.