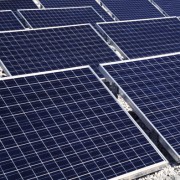 “Hey, let’s put them on every school.”

When Webster Groves High School purchased solar panels to put on the roof of the school, no one told them they could catch on fire!
The fire department was called on Saturday to put out the flames. At least one classroom was severely damaged.

There will be school on Monday.
(KMOV)