By Jeff Davis on September 30, 2014 in Real Science, United Nations 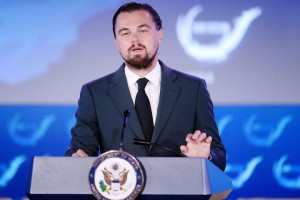 In the run-up to the Sept. 23 UN Climate Summit in New York, Leonardo DiCaprio is releasing a series of films about the “climate crisis.”

The first is “Carbon,” which tells us the world is threatened by a “carbon monster.” Coal, oil, natural gas and other carbon-based forms of energy are causing dangerous climate change and must be turned off as soon as possible, DiCaprio says.

But he has identified the wrong monster. It is the climate scare itself that is the real threat to civilization.

DiCaprio is an actor, not a scientist; it’s no real surprise that his film is sensationalistic and error-riddled. Other climate-change fantasists, who do have a scientific background, have far less excuse.

Science is never settled, but the current state of “climate change” science is quite clear: There is essentially zero evidence that carbon dioxide from human activities is causing catastrophic climate change.

Yes, the “executive summary” of reports from the UN’s International Panel on Climate Change continues to sound the alarm — but the summary is written by the politicians. The scientific bulk of the report, while still tinged with improper advocacy, has all but thrown in the towel.

And the Nongovernmental International Panel on Climate Change lists thousands of scientific papers that either debunk or cast serious doubt on the supposed “consensus” model.

Read more at the Heartland Institute

3 Responses to Leo vs. Science: Vanishing Evidence for Climate Change