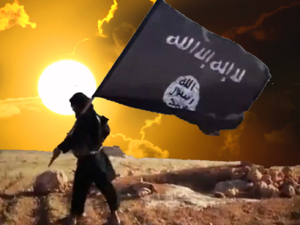 A professor is blaming climate change and overpopulation for the creation of the terrorist group ISIS.  Charles Strozier, Professor of History and the founding Director of the John Jay College Center on Terrorism and Kelly Berkell, research assistant at the John Jay College of Criminal Justice, wrote a blog piece in the Huffington Post called “ How Climate Change Helped ISIS,” where they argue that a four-year drought in Syria, from 2006 through 2010, “devastated the livelihoods of 800,000 farmers and herders; and knocked two to three million people into extreme poverty.”

13 Responses to Prof. Says Global Warming to Blame for ISIS