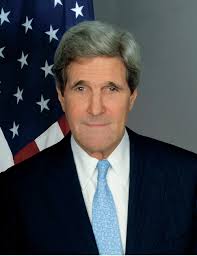 By the Associated Press –

U.S. Secretary of State John Kerry on Sunday called climate change perhaps the world’s “most fearsome” destructive weapon and mocked those who deny its existence or question its causes, comparing them to people who insist the Earth is flat.

Read the rest at The Blaze.

Writer, Activist, Pilot, Communications Expert, Jack of all Trades. Websites: https://www.DanMcGrath.net | https://www.DanandTina.net
View all posts by Dan McGrath →
Scientific Pride and Prejudice
George Will: When a Politician Says the Climate Debate Is Over, He’s Losing It

9 Responses to John Kerry: Climate Change May Be ‘World’s Most Fearsome Weapon of Mass Destruction,’ Skeptics ‘Burying Their Heads in the Sand’