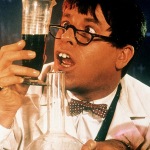 SCIENCE is in crisis, just when we need it most. Two years ago, C. Glenn Begley and Lee M. Ellis reported in Nature that they were able to replicate only six out of 53 “landmark” cancer studies. Scientists now worry that many published scientific results are simply not true. The natural sciences often offer themselves as a model to other disciplines. But this time science might look for help to the humanities, and to literary criticism in particular.

A major root of the crisis is selective use of data. Scientists, eager to make striking new claims, focus only on evidence that supports their preconceptions. Psychologists call this “confirmation bias”: We seek out information that confirms what we already believe. “We each begin probably with a little bias,” as Jane Austen writes in “Persuasion,” “and upon that bias build every circumstance in favor of it.”

Read the rest at: The New York Times

View all posts by ManBearPigHunter →
Climate Change Scammers' Worst Week Ever
John Kerry: Climate Change May Be ‘World’s Most Fearsome Weapon of Mass Destruction,’ Skeptics ‘Burying Their Heads in the Sand’

6 Responses to Scientific Pride and Prejudice