By Jeff Davis on October 22, 2014 in Global Warming ‘Solutions’, Loonies 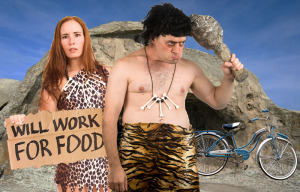 Mankind is doomed unless we immediately de-industrialize and slash carbon dioxide emissions, according to Guy McPherson, emeritus professor from the University of Arizona.

McPherson appeared on Paul Henry’s New Zealand-based talk program to warn that global warming was “irreversible” and the only way to stop it is to “terminate industrial civilization” — basically go back to living in huts with no electricity or running water.

“The only way to stop runaway climate change is to terminate industrial civilization,” he said. “The evidence is clear on that front and it is in the refereed journal literature.”
Read more at BarbWire

View all posts by Jeff Davis →
Climate Change is Shrinking Goats, Say Researchers
Top Meteorologist: Climate Change PROVED to be 'Nothing But a Lie'

5 Responses to ‘Terminate Industrial Civilization’ To Save Earth, But Not Mankind, From Global Warming