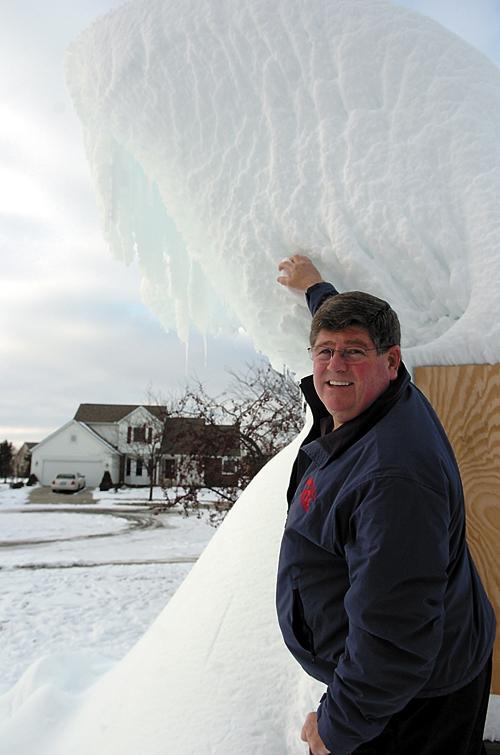 Published in The Other Paper, Columbus OH – Â

Just when you thought it was safe to assume that everyone had pretty much accepted climate change and moved on, here comes rogue NBC 4 chief meteorologist Jym Ganahl to blow your freaking mind.

â€œJust wait 5 or 10 years, and it will be very obvious. Theyâ€™ll have egg on their faces,â€ Ganahl said this week of global warming advocates.

The â€œglobal warming hoaxâ€ is an obvious fallacy, Ganahl said in a YouTube video posted Jan. 23.

In the video, taped at a meet-up of the Ohio Freedom Alliance, Ganahl chats with Dave, the self-proclaimed No. 1 biker talk show host on radio, andâ€”still odderâ€”Robert Wagner, a former candidate for the 15th congressional district.

Although global warming is clearly â€œa fallacy,â€ Ganahl told the dudes, â€œIt is remarkable how many people are being led like sheep in the wrong direction.â€

Evoking Orwellian mind-control power of the media, Ganahl said itâ€™s remarkable how easy it is to panic the unwashed masses.

Sunspotsâ€”and not carbon emissionsâ€”are to blame for the slow warming of the globe, Ganahl said. â€œIt has nothing to do with us.â€

â€œI have always thought we should celebrate and be thankful we live in a time when it is warmer, not curse it,â€ Ganahl said. â€œIt allows us to grow food and feed the populationâ€”and the warming is slow and we can adapt to it.â€

Cold, on the other hand, is to blame for a whole host of worldly disasters, including death of the Aztecs, the Vikings, and who knew?â€” the bubonic plague.

â€œInstead of screaming global warming, we should be preaching global cooling,â€ he said.

But with a new president who apparently buys into the whole carbon emission demonizing scam, Ganahl said, â€œItâ€™s very scary,â€ and admittedly â€œvery difficult,â€ to fight the mob mentality.

Read the rest of this story at The Other Paper (Columbus, OHÂ News