By Dan McGrath on February 16, 2009 in Extremists, Junk Science, Scaremongering 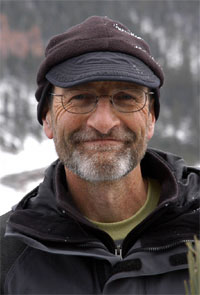 Somehow, the Earth is hotter than ever during the coldest winter since the 1970s. In the face of frigid world-wide temperature trends and mounting evidence that the Earth is entering a cooling phase, the pushers of man-made global warming theory are becoming more shrill with their warnings of runaway warming. Chris Field of the UN’s International Panel on Climate Change (IPCC) recently told a gathering of scientists in Chicago that the climate is heating up faster than scientists had previously predicted (seems that we hear that every year – can’t they ever get a prediction right?). “The consequence of that is we are basically looking now at a future climate that is beyond anything that we’ve considered seriously,” he said.

The more things stay the same, or even when warming seems to have gone into reverse, the more often we are inundated with statements like Field’s. Somehow, it’s always getting worse than predicted, and faster. If we took all these alarmist claims seriously and added them up, weÂ should probably expect 300 degree weatherÂ this June – Make that April, it’s accellerating faster than we thought.