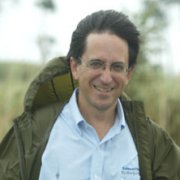 A new poll suggests that Americans, preoccupied with the economy, are less worried about rising global temperatures than they were a year ago but remain concerned with solving the nationâ€™s energy problems.
The findings are somewhat at odds with President Obama, who has put a high priority on staving off global warming and vowed Tuesday in his Inaugural Address to â€œroll back the specter of a warming planet.â€

In the poll, released Thursday by the nonpartisan Pew Research Center, global warming came in last among 20 voter concerns; it trailed issues like addressing moral decline and decreasing the influence of lobbyists. Only 30 percent of the voters deemed global warming to be â€œa top priority,â€ compared with 35 percent in 2008.

â€œProtecting the environment,â€ which had surged in the rankings from 2006 to 2008, dropped even more precipitously in the poll: only 41 percent of voters called it a top priority, compared with 56 percent last year.

In contrast, dealing with the nationâ€™s energy problems ranked sixth in the poll â€” just behind education and social security â€” with 60 percent of voters endorsing it as a top priority.

The declining interest in global warming and other environmental issues might be unsurprising at a time when Americans face far more imminent threats to their jobs and homes. â€œStrengthening the nationâ€™s economyâ€ was the top-ranked concern of voters in the Pew poll. A relatively cool year and a harsh winter in North America and Europe have not helped, inspiring some commentators and a small cluster of scientists to make skeptical remarks about â€œglobal cooling.â€

Social scientists say that environmental concerns are often the first to fall off the table when any more immediate threat surfaces. Andrew Kohut, the president of the Pew Research Center, said a similar pattern was seen in the Pew poll after the attacks of Sept. 11, 2001, when second-tier issues faded in votersâ€™ minds.

The publicâ€™s waning interest in global warming poses a challenge for Mr. Obama, who emphasized climate change throughout his campaign and pledged to seek a cap on emissions in the United States of heat-trapping gases, led by carbon dioxide, which come mainly from burning coal and oil. Such a cap, even if it includes various mechanisms intended to ease the cost, would by design raise the price of energy coming from those fossil fuels, which still underpin the American and the global economies.

Mr. Obamaâ€™s political foes have already seized on the cooling of public concern.

Marc Morano, the communications director for the Republican minority on the Senate Environment and Public Works Committee, has been sending out e-mail alerts, sometimes several a day, highlighting stories on winter weather and other surveys suggesting a shift in public attitudes.

Read the rest of this story at the New York Times.