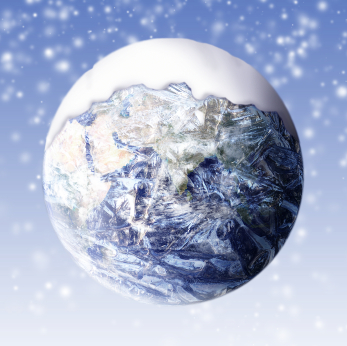 But a professor of geological sciences at the University of Minnesota, Duluth, characterized the report as telling a “rather sensational story.”

Earth is “on the brink of entering another Ice Age” that will last for the next 100,000 years, reports the Russian Pravda Online newspaper, attempting to counter the widespread view that human activity is contributing to an unwanted and dangerous warming of the planet.

Based on a “large and compelling body of evidence from within the field of climate science,” Pravda reports this week, “many sources of data which provide our knowledge base of long-term climate change” indicate that the current 12,000-year-long warming trend is coming to an end.

â€¢ The shape of the Earth’s orbit, which changes over a period of 100,000 years, “separated by intervening warm interglacials, each lasting about 12,000 years.”

â€¢ The Precession of the Equinoxes, also known as the earth’s “wobble,” which gradually rotates the direction of the earth’s axis over a period of 26,000 years.

Read the rest of this story at Star Tribune.

15 Responses to Report: Ice Age About to Freeze Out Global Warming