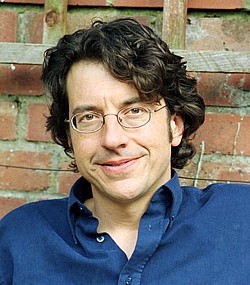 One of the world’s leading promoters of the anthropogenic global warming myth claimed Monday he is convinced the e-mail messages involved in the growing international scandal ClimateGate “are genuine,” and he’s “dismayed and deeply shaken by them.”

So said George Monbiot, a writer and environmental activist many consider to be Great Britain’s Al Gore.

Contrary to what newspapers like the New York Times and the Washington Post are telling their readers, Monbiot accurately said there’s “no use pretending that this isnâ€™t a major blow. The emails extracted by a hacker from the climatic research unit at the University of East Anglia could scarcely be more damaging” (h/t Andrew Bolt via Marc Morano):

There appears to be evidence here of attempts to prevent scientific data from being released(2,3), and even to destroy material that was subject to a freedom of information request(4).
Worse still, some of the emails suggest efforts to prevent the publication of work by climate sceptics(5,6), or to keep it out of a report by the Intergovernmental Panel on Climate Change(7). I believe that the head of the unit, Phil Jones, should now resign. Some of the data discussed in the emails should be re-analysed.

In fairness, this has not changed Monbiot’s view of the bogeyman: “The hacked emails are a hard knock, but the science of global warming withstands much more than that.”

Read the rest of this article at Newsbusters.