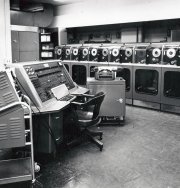 Zorita writes: “Short answer: Because the scientific assessments in which they may take part are not credible anymore.”

Zorita indicates that he is aware that he is putting his career in jeopardy by going after the upper echelon of UN IPCC scientists. “By writing these lines I will just probably achieve that a few of my future studies will, again, not see the light of publication,” Zorita candidly admits, a reference to the ClimateGate emails discussing how to suppress data and scientific studies that do not agree with the UN IPCC views.

Zorita was a UN IPCC Contributing Author of the Fourth Assessment Report in 2007. Since 2003, Zorita has headed the Department of Paleoclimate and has been a senior scientist at the Institute for Coastal Research of the GKSS Research Centre in Germany. Zorita has published more than 70 peer-reviewed scientific studies.

Zorita’s stunning candor continued, noting that scientists who disagreed with the UN IPCC climate view were “bullied and subtly blackmailed.”

“In this atmosphere, Ph D students are often tempted to tweak their data so as to fit the ‘politically correct picture’. Some, or many issues, about climate change are still not well known. Policy makers should be aware of the attempts to hide these uncertainties under a unified picture. I had the ‘pleasure’ to experience all this in my area of research,” Zorita explained.

Zorita’s revelations are the latest in a series of continuing fallout to the global warming establishment and to the United Nations Intergovernmental Panel on Climate Change (IPCC), since the email and data scandal dubbed “ClimateGate” broke earlier this month.

Zorita’s defection from the global warming establishment comes after the shocking news today that one of the scientists employed at ground zero of what has been termed “ClimateGate” has suggested disbanding the United Nations climate panel, the IPCC. See: Pressure Mounts From Inside: Disband IPCC? Scientist from U. of East Anglia Suggests ‘UN IPCC has run its course…politicizes climate science…authoritarian, exclusive form of knowledge production’ – Mike Hulme Excerpt: ClimateGate reveals science has become ‘too partisan, too centralized…more usually associated with social organization within primitive cultures.” Other UN scientists are weighing in as well. See: Yet Another UN IPCC Scientist — Dr. Vincent Gray — speaks out on ClimateGate: ‘I long ago realized that they were faking the whole exercise’ â€“ Nov. 27, 2009

Read the rest of this article at Climate Depot.

25 Responses to UN Scientists Turn On Each Other