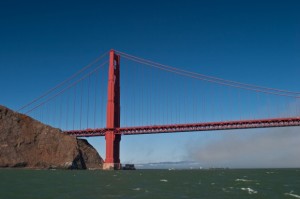 A new study suggests that the warming trend on the West Coast over the last century was not caused by human activity but more so by a change in the winds.

The research published in the journal Proceedings of the National Academy of Sciences acknowledged in the study significance that warming trends are “often ascribed to anthropogenic greenhouse forcing.” Using independent data from 1900 to 2012, researchers showed that the temperature change is “primarily attributed to changes in atmospheric circulation.”

This, they wrote, “presents a significant reinterpretation of the region’s recent climate change origins.”

“Surface winds and wind-driven ocean currents have large effects on temperatures in and around the northeast Pacific Ocean; they dominate the overall temperature variability and also account for a large fraction of the warming trend,” Jim Johnstone, lead author of the study, said in a statement. “West Coast sea surface and coastal air temperatures evolved in lockstep with changing patterns of atmospheric pressure and winds.”

Read more at The Blaze

24 Responses to New Study Might ‘Take People by Surprise’