By Dan McGrath on May 7, 2012 in Cause/Effect, Climate History, Junk Science, Loonies 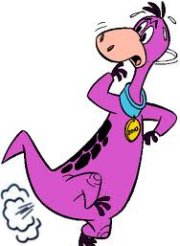 Did Dino-Farts Cause Global Warming?

Dinosaurs may be partly to blame for a change in climate because they created so much flatulence, according to leading scientists.

Large plant-eating sauropods would have been the main culprits because of the huge amounts of greenery they consumed.

Read the rest at the UK’s Daily Mail.