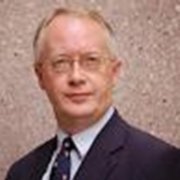 Justin Gillis of the New York Times has written a long article that criticizes Dick Lindzen of MIT by quoting several scientists who disagree with him. But Mr. Gillis overlooks historical evidence that strongly supports Lindzen’s position that the climate has negative feedbacks that will limit human-caused global warming.

If the feedbacks from higher carbon dioxide levels are strongly positive, then in past geological eras when CO2 levels were much higher than today there should have occurred the “runaway climate” that James Hansen fantasizes about. If Hansen and many other alarmists were correct, then logically the Earth’s climate should have become as inhospitable as that of Venus hundreds of millions of years ago. The fact that life is still flourishing on Earth is compelling evidence that the feedbacks from higher levels of CO2 are weakly positive at most and more likely negative, as Lindzen argues.

Read the rest at NewsBusters.

Writer, Activist, Pilot, Communications Expert, Jack of all Trades. Websites: https://www.DanMcGrath.net | https://www.DanandTina.net
View all posts by Dan McGrath →
Obama vows to fight for climate action, make global warming a key 2012 issue
Did dinosaurs cause climate change? Huge creatures may have contributed to their own demise because they produced so much flatulence, say scientists