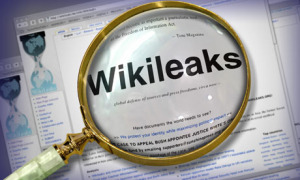 Hidden behind the save-the-world rhetoric of the global climate change negotiations lies the mucky realpolitik: money and threats buy political support; spying and cyberwarfare are used to seek out leverage.

The US diplomatic cables reveal how the US seeks dirt on nations opposed to its approach to tackling global warming; how financial and other aid is used by countries to gain political backing; how distrust, broken promises and creative accounting dog negotiations; and how the US mounted a secret global diplomatic offensive to overwhelm opposition to the controversial “Copenhagen accord“, the unofficial document that emerged from the ruins of the Copenhagen climate change summit in 2009.

Negotiating a climate treaty is a high-stakes game, not just because of the danger warming poses to civilisation but also because re-engineering the global economy to a low-carbon model will see the flow of billions of dollars redirected.

Seeking negotiating chips, the US state department sent a secret cable on 31 July 2009 seeking human intelligence from UN diplomats across a range of issues, including climate change. The request originated with the CIA. As well as countries’ negotiating positions for Copenhagen, diplomats were asked to provide evidence of UN environmental “treaty circumvention” and deals between nations.

View all posts by ManBearPigHunter →
What Happened To The Warmest Year On Record?
UN climate kooks want to cripple US economy and ban H2O

47 Responses to WikiLeaks Cables Reveal How US Manipulated Climate Accord