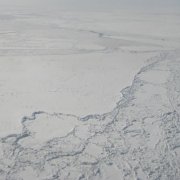 James Hansen of NASA, an ardent believer in man-made warming, announced recently that “The 12-month running mean global temperature in the Goddard Space Institute analysis has reached a new record in 2010 . . . NASA, June 3, 2010. The main factor is our estimated temperature change for the Arctic region.” The GISS figures show that recent temperatures in the Arctic have been up to four degrees C warmer than the long-term mean.Should we be alarmed? Probably not very.

My esteemed colleague Art Horn, at the Energy Tribune blog, has blown the whistle on Hansen and GISS. He points out that GISS has no thermometers in the Arctic! It has hardly thermometers that are even near the Arctic Circle. GISS estimates its arctic temperatures from land-based thermometers that supposedly each represent the temperatures over 1200 square kilometers. That’s a pretty heroic assumption.

72 Responses to Probably not the "hottest year"