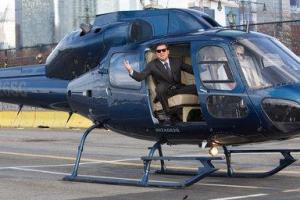 Next Tuesday’s UN climate conference in NYC (called Climate Summit 2014) is for politicians, celebrities, and rent seekers. It’s not about climate science, nor Saving the Earth from “carbon emissions” of fossil fuels.

Here are ten ways to tell the United Nations really isn’t interested in climate per se. Some of us suspected over 20 years ago this would happen, back when the UN’s Intergovernmental Panel on Climate Change (IPCC) was being formed to help combat “global warming”.

1. There is no way with current technology to get beyond 15%-20% renewable energy in the next 20 years or so….and even that will be exceedingly expensive. No matter how much you care about where your energy originates, physics and economics trump emotions.

2. The UN doesn’t care that global warming stopped 17 years ago. It doesn’t matter. Full steam ahead.

5. The UN Climate Summit participants’ “carbon footprints” far exceed those of normal people…and they don’t care. Flying jets all over the world, traveling and dining in style, and telling a billion poor they can’t have inexpensive electricity? That’s the moral high ground?

7. The leaders of Australia, China, India, Canada, and Germany are opting out of Tuesday’s meeting. They have real problems to attend to, not manufactured ones.

8. A UN official admitted the climate goal was wealth redistribution. Naomi Klein has admitted what Obama, Kerry, and Clinton won’t admit: it’s about stopping Capitalism. Unless you are a crony capitalist friend getting green energy subsidies.

9. What they can’t admit is that global greening and increasing global crop productivity is the result of us putting some of that CO2 back where it was in the first place – in the atmosphere. I’m still predicting some day we will realize more CO2 is a good thing.

10. The UN’s climate reports exaggerate and misrepresent the science. For example, the warming of the deep oceans over the last 50 years is described in terms of gazillions of joules (which sounds impressive) rather than what was actually measured…hundredths of a degree (not so impressive). The resulting average planetary energy imbalance, if it really exists, is only 1 part in 1,000.