By Dan McGrath on September 8, 2010 in Uncategorized 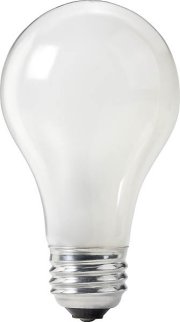 The last major GE factory making ordinary incandescent light bulbs in the United States is closing this month, marking a small, sad exit for a product and company that can trace their roots to Thomas Alva Edison’s innovations in the 1870s.The remaining 200 workers at the plant here will lose their jobs.

“Now what’re we going to do?” said Toby Savolainen, 49, who like many others worked for decades at the factory, making bulbs now deemed wasteful.

During the recession, political and business leaders have held out the promise that American advances, particularly in green technology, might stem the decades-long decline in U.S. manufacturing jobs. But as the lighting industry shows, even when the government pushes companies toward environmental innovations and Americans come up with them, the manufacture of the next generation technology can still end up overseas.

What made the plant here vulnerable is, in part, a 2007 energy conservation measure passed by Congress that set standards essentially banning ordinary incandescents by 2014. The law will force millions of American households to switch to more efficient bulbs.

Read the rest of this story at the Washington Post.