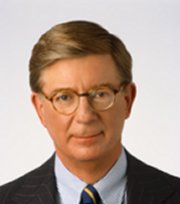 By George F. Will

The collapsing crusade for legislation to combat climate change raises a question: Has ever a political movement made so little of so many advantages? Its implosion has continued since “the Cluster of Copenhagen, when world leaders assembled for the single most unproductive and chaotic global gathering ever held.” So says Walter Russell Mead, who has an explanation: Bambi became Godzilla.

That is, a small band of skeptics became the dogmatic establishment. In his Via Meadia blog, Mead, a professor of politics at Bard College and Yale, notes that “the greenest president in American history had the largest congressional majority of any president since Lyndon Johnson,” but the environmentalists’ legislation foundered because they got “on the wrong side of doubt.”

9 Responses to The Environmental Movement in Retreat