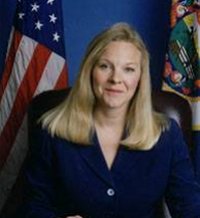 This week, as Governor Pawlenty was making his historic announcement, I was part of a delegation of Minnesotans attending the Third International Conference on Climate Change, sponsored by the Heartland Institute. This is the third conference in little over a year to draw attention to the widespread and growing dissent over the alleged “consensus” on “Global Warming” or “Climate Change.”

The conference coincided with the release ofÂ  “Climate Change Reconsidered: The 2009 Report of the Nongovernmental International Panel on Climate Change.” The report thoroughly documents the challenges to the global warming thesis, from problems with the models, to faulty temperature record observations and other data and with competing theories about the biology and physics of the effects of the gasses that impact the climate.Â Â  The entire 800+ page report is available for free online at the Heartland Institute web site.

At the same time that there are serious doubts about the science, the costs of government regulation touting environmental benefits in reducing carbon and greenhouses gasses are becoming clearer.Â  And they are high.Â  According to the Heartland Institute, reducing greenhouse gas emissions “even modestly” is estimated to cost the average household in the U.S. approximately $3,372 per year and would destroy 2.4 million jobs. Electricity prices would double, sending more businesses into bankruptcy and others overseas to countries that aren’t burdened with high regulatory costs.Â  Much of the funding for “climate change” will do nothing to help the environment at all, instead going directly to radical environmental groups who will use those resources to create sophisticated propaganda and lobbying campaigns to promote an anti-business, anti-growth agenda.Â  If supporters of the free market do not continue to work to expose the fact the very basis, for the theories ofÂ  global warming and climate change are in dispute, we will be fighting an uphill battle for our future economic prosperity down the road.Â Â

Pat Anderson is President of the Minnesota Free Market Institute.

Writer, Activist, Pilot, Communications Expert, Jack of all Trades. Websites: https://www.DanMcGrath.net | https://www.DanandTina.net
View all posts by Dan McGrath →
Waxman-Markey: Coercion for its Own Sake
'Execute' Skeptics! Shock Call To Action: 'At what point do we jail or execute global warming deniers' — 'Shouldn't we start punishing them now?'