By ManBearPigHunter on December 22, 2009 in Uncategorized 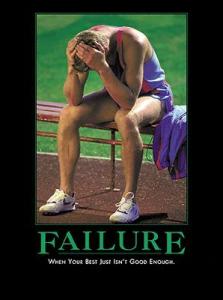 It is now widely recognised that the misguided Copenhagen Conference was a complete failure. Those political leaders and policy makers who refuse to accept this reality are merely burying their heads in the sand and are forfeiting the trust of the public.

The world’s political leaders, not least President Barack Obama and Prime Minister Gordon Brown, are in a state of severe, almost clinical, denial. They insist that what has been achieved in Copenhagen is a breakthrough and a decisive step forward. Just one more heave, just one more venue for the great climate-change traveling circus – Mexico City next year – and the job will be done. Or so we are told. It is, of course, the purest nonsense. The time has come to abandon the Kyoto-style folly that reached its apotheosis in Copenhagen last week, and move to plan B.

The biggest losers of the Copenhagen fiasco appear to be climate science and the scientific establishment who, with a very few distinguished exceptions, have promoted unmitigated climate alarm and hysteria. It confirms beyond doubt that most governments have lost trust in the advice given by climate alarmists and the IPCC. The Copenhagen accord symbolises the loss of political power by Europe whose climate policies have been rendered obsolete.

India hailed Tuesday the lack of targets and legally binding measures in the Copenhagen climate accord and vaunted the united front presented by major emerging countries at the chaotic talks. Facing parliament for the first time since the UN talks last weekend in the Danish capital, Environment Minister Jairam Ramesh said India had “come out quite well in Copenhagen”. The Copenhagen accord “bears in mind that the social and economic development and poverty eradication are the first and overriding priorities of developing countries,” Ramesh said.

20 Responses to Assessments of Copenhagen