From the Weekly Standard

The climate campaigners play their trump card, but it may turn out to be a joker. 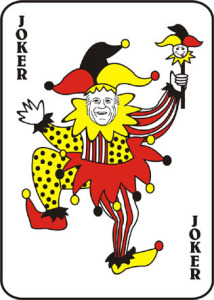 By Steven F. Hayward — The climate campaign, built step-by-step over the last 20 years, has reached its Waterloo. The Copenhagen conference that ended Friday was an exercise in political theater. It not only failed to produce a binding agreement, but the potential emissions curbs it endorsed fall far below what climate orthodoxy demands, while the proposed wealth transfer from rich nations to poor nations is a political nonstarter. Back home, cap and trade legislation remains on life support, even though it has been significantly watered down so as to postpone real costs to consumers for a decade or more. In the midst of this gloom, the climate campaign has played its trump card in the United States: The Environmental Protection Agency formally announced on December 7 its intention to regulate greenhouse gases through the Clean Air Act.

That trump card, however, may turn out to be a joker.

The Clean Air Act (CAA), enacted in 1970 and last updated in 1990, is an abysmal policy mechanism for controlling greenhouse gases, and was never intended for this kind of problem. But the EPA’s gambit is not about policy–it is all about politics. The EPA’s grasp for dominion over greenhouse gases has been a long time in coming, starting as an effort to bring pressure on the Bush administration to relent in its opposition to a U.N.-led international climate treaty, and continuing under Obama as a means of pressuring Congress and the business community to support cap and trade.

The key antecedent to this gambit was a botched Supreme Court decision in 2007, Massachusetts v. EPA, in which a 5-4 majority (Justice Anthony Kennedy sided with the Court’s four liberals) ruled that greenhouse gases like carbon dioxide were indeed “pollutants” under the capacious definitions of the Clean Air Act, thereby giving the EPA jurisdiction to regulate them without any legislative mandate from Congress.

The EPA gambit has business groups in an uproar, but is this a case of crying wolf, in a mirror image of environmental alarms? Industry protested every version of the Clean Air Act (a Ford executive named Lee Iacocca predicted in 1970 that the CAA would shut down the entire American auto industry), and although the cost of reducing air pollution was not trivial (over $500 billion according to the EPA’s likely underestimate), it has not decimated the American economy. In fact, on the surface the Clean Air Act appears to be the largest public policy success story of the last generation: The dramatic reduction in air pollution is greater in magnitude than the reduction in the crime rate in the 1990s or the fall in welfare rolls since welfare reform. You’d never know this from the media or the greens, who hate good environmental news as much as vampires hate garlic.

26 Responses to The EPA's Power Grab