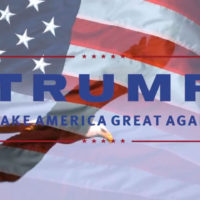 By ManBearPigHunter on October 28, 2016 in Multimedia, Opinion

Michael Moore gave this speech as part of his new pro-Hillary movie which confused a lot of people. Why would he give a pro-Trump speech if he was trying to promote Hillary? Michael Moore went on Megyn Kelly last night to explain that the edited version ends with the words “it will feel good” but actually Moore went on to say “for a day”.

I actually agree with Michael on this point it will feel good for like a day or a week and then all hell is going to break loose. It’s kind of like the Declaration of Independence, people felt great on July 4th 1776 but the war didn’t end until 7 years later. Michael went on to use Great Britain’s Brexit as an example, things haven’t been easy for them since the Brexit. The thing is nobody said this would be easy and every person voting for Trump knows that if he wins its just the beginning of the battle not the end. But if he does win at least we will have a General who is on our side.