By Dan McGrath on March 9, 2009 in Mythical Consensus 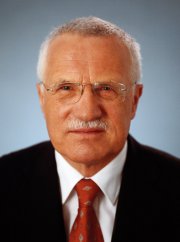 Speakers at a conference on climate change are making the case that the alarmism behind the global-warming bandwagon is politically motivated, has nothing to do with science, and could affect the sovereignty of the U.S.

The second annual International Conference on Climate Change hosted by The Heartland Institute is well under way in New York City. More than 700 registrants have gathered in the Big Apple to hear more than 70 scientists — representing the views of tens of thousands of their colleagues — make the argument that media and environmental advocacy groups have it all wrong, that global warming is not a crisis.
Â
One of the headlining speakers to open the event Sunday evening was European Union and Czech Republic President Vaclav Klaus, who was welcomed with a standing ovation. Klaus, one of the most outspoken critics of manmade global warming in Europe, says those who propagate global-warming hysteria are like the communists of old Europe. Like global-warming alarmists, he stated, the communists did not listen to opposing views.

“They didn’t even try to argue back,” said Klaus. “They considered you a naÃ¯ve, uninformed and confused person, an eccentric complainer….It is very similar now.”
Â
Klaus believes that politicians who propagate global warming hysteria only have one goal in mind: control of the public. “It is evident that the environmentalists don’t want to change the climate,” he said. “They want to change our behavior…to control and manipulate us.”
Â
And he warns that those same politicians wish to engage in energy rationing — all because of a problem that he believes does not exist. Klaus concluded his speech with this remark.
Â
“The environmentalists speak about saving the planet. We have to ask — From what? And from whom?” said the EU leader. “I think I know [those answers] for sure. We have to save the planet, and us, from them.”

Read the rest of this story at One News Now.

7 Responses to Bucking the Media Trend on Global Warming 'Crisis'