By ElmerB on March 18, 2013 in Junk Science, Michael Mann, Scaremongering 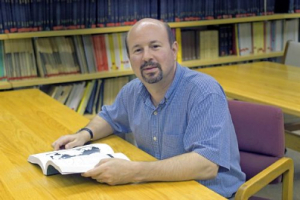 The mainstream media are reporting in breathless fashion about a new paper claiming current temperatures are their warmest in 4,000 years. Already, however, objective scientists are reporting serious flaws in the paper. The media may wish to paint a picture of runaway global warming, but the science tells a completely different story.

Recently graduated Ph.D. student Shaun Marcott has published a paper claiming he compiled a proxy temperature reconstruction indicating current temperatures are their warmest in at least 4,000 years. Proxy temperature reconstructions require careful scrutiny because the proxies are not direct temperature measurements, but represent other data and factors that may or may not have a close correlation with past temperatures. Some proxies are better than others. Also, an agenda-driven researcher can easily cherry-pick certain anomalous proxies that support a predetermined conclusion while ignoring a much larger set of proxies that tell a different story.

Perhaps the most notorious of agenda-driven proxy reconstructions was published by global warming alarmist Michael Mann. As a young, relatively unknown recent Ph.D. graduate, Mann attained wealth, fame and adulation among global warming alarmists after assembling a proxy temperature reconstruction that he claimed showed global temperatures underwent a steady, roughly 1,000-year decline followed by a sharp rise during the 20th century. The media reported on the Mann hockey stick reconstruction as if it settled the global warming debate, but objective scientists pointed out several crucial flaws that invalidated Mann’s claims. Eventually, Congress commissioned distinguished statistician Edward Wegman to review and report on Mann’s methods and conclusions. After assembling a blue ribbon panel of experts to study Mann’s temperature reconstruction, Wegman reported the criticisms of Mann’s reconstruction were “valid and compelling.”

Read the rest at Forbes

View all posts by ElmerB →
Green Cars Have a Dirty Little Secret
Global Warming: Was It Just A Beautiful Dream After All?