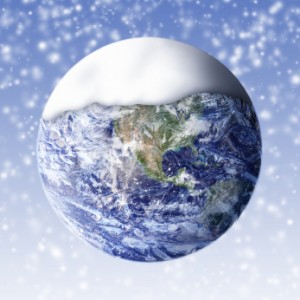 A new study out of the United Kingdom predicts the Earth is about to go through a major climatic shift that could mean decades of cooler temperatures and fewer hurricanes hitting the United States.

Scientists at the University of Southampton predict that a cooling of the Atlantic Ocean could cool global temperatures a half a degree Celsius and may offer a “brief respite from the persistent rise of global temperatures,” according to their study.
This cooling phase in the Atlantic will influence “temperature, rainfall, drought and even the frequency of hurricanes in many regions of the world,” says Dr. Gerard McCarthy. The study’s authors based their results on ocean sensor arrays and 100 years of sea-level data.

“Sea-surface temperatures in the Atlantic vary between warm and cold over time-scales of many decades,” said McCarthy, the study’s lead author. “This decadal variability, called the Atlantic Multi-decadal Oscillation (AMO), is a notable feature of the Atlantic Ocean and the climate of the regions it influences.”
Read more at Barbwire

12 Responses to Study Predicts Decades Of Global Cooling Ahead