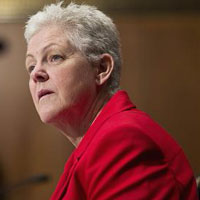 The Environmental Protection Agency has argued that its new climate rule will yield tens of billions of dollars in benefits in the coming decades by reducing carbon dioxide emissions from existing U.S. power plants.

But the supposed $30 billion in climate benefits in 2030 touted by the EPA is overstated, according to a new study by the liberal Brookings Institution. The agency’s methodology on the rule overstates the benefits to make its regulations more attractive.

A working paper by Brookings fellow Ted Gayer and Vanderbilt economist Kip Viscusi found that recent assessments of EPA climate policies have “shifted to a worldwide benefits approach, leading to a substantial increase in the estimated benefits.”

What does this mean? Global warming is a policy issue with no domestic solution. The U.S. may reduce emissions, but the benefits of those reductions to the U.S. alone would be minimal because it’s a global issue. This means the costs of fighting global warming often outweigh the domestic benefits.