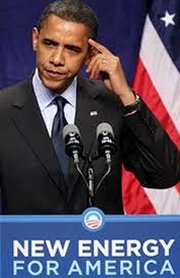 Not only does the now-bankrupt solar energy firm Solyndra have a cozy financialÂ  relationship with the Obama administration, company representatives also made numerous visits to the White House to meet with administration officials, The Daily Caller has learned.

According to White House visitor logs, between March 12, 2009, and April 14, 2011, Solyndra officials and investors made no fewer than 20 trips to the West Wing. In the week before the administration awarded Solyndra with the first-ever alternative energy loan guarantee on March 20, four separate visits were logged.

George Kaiser, who has in the past been labeled a major Solyndra investor as well as a Obama donor, made three visits to the White House on March 12, 2009, and one on March 13. Kaiser has denied any direct involvement in the Solyndra deal and through a statement from his foundation said he â€œdid not participate in any discussions with the U.S. government regarding the loan.â€

33 Responses to Solyndra officials made numerous trips to the White House, logs show