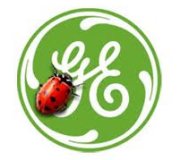 GE CEO Jeffrey Immelt, the head of Barack Obamaâ€™s Economic Advisory Panel, was invited to sit with the First Lady during the presidentâ€™s speech to Congress this past week. Heâ€™s been a strong supporter of the president since he took over the White House and his companies have received plenty of government funds as well.

GE was awarded 44 contracts totaling over $46,000,000 and 44 grants totaling more than $79,000,000 from the Obama-Pelosi $757 billion dollar stimulus package. Millions of dollars in stimulus funds were used by GE in green energy projects.

Today GE announced that it was going to gut its offshore wind-power plans.