By Dan McGrath on October 19, 2011 in Corruption, GREENgate, Obama 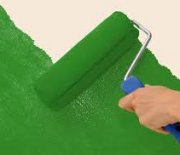 Someone affiliated with the Department of Energy has been going back to make changes to press releases posted on the Internet weeks and months ago, CNBC has found.

The changes occurred in two press releases from the Department of Energy’s loan guarantee program – the same program that has been the center of controversy surrounding the failed solar company Solyndra.

Both were changed to remove the name of a company that has received negative press attention in recent days, SunPower, and replace it with the name of another company, NRG Energy.

Generally, it is not considered correct procedure to revise old press releases retroactively on the Web. More commonly, government agencies will issue a new press release with a current date explaining any changes that have occurred.

Read the rest at CNBC.