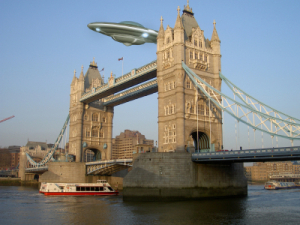 I’ve encountered some folks who appear offended by the title of my new book Climate of Corruption: Politics and Power Behind the Global Warming Hoax. Why do you call it a “hoax”? they ask. Why not refer to the matter as a debate? The reason is quite simple: A debate describes a discussion in which participants competitively argue opposing points of view that are assumed to be based upon honest positions.

A hoax is a deceptive act intended to hoodwink people through deliberate misinformation, including factual omissions. My book is about the latter (and by the way, it can be ordered through primary vendors, and is currently being featured on “new releases” tables at 200 major Barnes and Noble Stores).

The central lie is that we are experiencing a known human-caused climate crisis, a claim based on speculative theories, contrived data and totally unproven modeling predictions. And the evidence? Much is revealed by politically corrupted processes and agenda-driven report conclusions rendered by the United Nations Intergovernmental Panel on Climate Change (IPCC), which are trumpeted in the media as authoritative gospel.

S. Fred Singer, former director of the U.S. Weather Satellite Service and University of Virginia professor emeritus commented about these sorry circumstances in the foreword of my book, stating in part:

“Many would place the beginning of the global warming hoax on the Senate testimony delivered by James Hansen of NASAÂ [director of the Goddard Institute for Space Studies] during the summer of 1988. More than anything else, this exhibition of hyped alarm triggered my active skepticism about the man-made global warming scare. This skepticism was amplified when I acted as reviewer of the first three IPCC reports, in 1990, 1996, and 2001. Increasingly claims were made for which there was no evidence; in some cases the ‘evidence’ was clearly manufactured. For example, the 1966 report used selective data and doctored graphs. It also featured changes in the text that were made after the scientists had approved it and before it was printed.”

Other fraud is evident through public exposure of e-mail files retrieved from the Climate Research Unit (CRU) at Britain’s University of East Anglia.Â Scandalous exchanges among prominent researchers who have fomented global warming hysteria confirm long-standing and broadly suspected manipulations of climate data. The communications also reveal conspiracies to falsify and withhold information, to suppress contrary findings in scholarly publications, and to exaggerate the existence and threats of man-made global warming. Many of these individuals have had major influence over summary report findings issued by the IPCC. Still other evidence comes from mouths of government officials, international climate summit organizers and leading science spokespeople recorded in candid public admissions.

Read the rest at Forbes.

85 Responses to The Climate Crisis Hoax