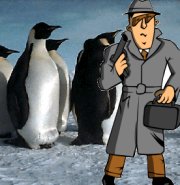 The future of the CIAâ€™s unit on climate change and U.S. national security is â€œin jeopardyâ€ because of pressure for intelligence budget cuts and resistance from conservative lawmakers, a new report says.

The CIAâ€™s Center on Climate Change and National Security opened its doors a year ago over the objections of conservatives who attempted to block its funding, Northwestern University’s National Security Reporting Project recounted Monday.

â€œNow, with calls for belt tightening coming from every corner, leadership in Congress has made it clear that the intelligence budget, which soared to $80.1 billion last year, will have to be cut,â€ wrote student reporters Charles Mead and Annie Snider. â€œAnd after sweeping victories by conservatives in the midterm elections, many political insiders think the communityâ€™s climate change work will be in jeopardy.â€