By Dan McGrath on November 23, 2009 in ClimateGate, Corruption, Junk Science 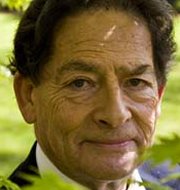 In response to recent revelations contained in leaked e-mails originating from the Climate Research Unit at the University of East Anglia, Lord Lawson, Chairman of the Board of Trustees of the GWPF, has called for a rigorous and independent inquiry into the matter. While reserving judgment on the contents of the e-mails, Lord Lawson said these are very serious issues and allegations that reach to the heart of scientific integrity and credibility:

“Astonishingly, what appears, at least at first blush, to have emerged is that (a) the scientists have been manipulating the raw temperature figures to show a relentlessly rising global warming trend; (b) they have consistently refused outsiders access to the raw data; (c) the scientists have been trying to avoid freedom of information requests; and (d) they have been discussing ways to prevent papers by dissenting scientists being published in learned journals.”

Read the rest of this story at Global Warming PolicyFoundation