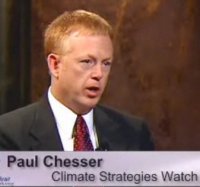 At his BBC blog Andrew Neil lays out the itemized fraud from the 2007 UN IPCC report that has been rolling out in recent days, previously reported by the BBC and other formerly mainstream media as “sound” and “consensus” science. So many “Gates,” and so many discredited reporters:

But the flood gates really opened after theÂ IPCC had to withdraw its claim that the Himalayan glaciers would likely all have melted by 2035, maybe even sooner.

This turned out to have no basis in scientific fact, even though everything the IPCC produces is meant to be rigorously peer-reviewed, but simply an error recycled by the [World Wildlife Fund], which the IPCC swallowed whole….

Then at the weekend another howler was exposed. The IPCC 2007 report claimed that global warming was leading to an increase in extreme weather, such as hurricanes and floods. Like its claims about the glaciers, this was also based on an unpublished report which had not been subject to scientific scrutiny — indeed several experts warned the IPCC not to rely on it.

Now after Climate-gate, Glacier-gate and Hurricane-gate — how many “gates” can one report contain? — comes Amazon-gate. The IPCC claimed that up to 40 percent of the Amazonian forests were risk from global warming and would likely be replaced by “tropical savannas” if temperatures continued to rise.

This claim is backed up by a scientific-looking reference but on closer investigation turns out to be yet another non-peer reviewed piece of work from the WWF. Indeed the two authors are not even scientists or specialists on the Amazon: one is an Australian policy analyst, the other a freelance journalist for the Guardian and a green activist.

Yep, this is the “scientific consensus” that Al Gore based his post-VP life upon; the imagined groundswell that so many politicians used to justify government growth; the nonexistent evidence that journalists cited to justify their alarmism activism.

Read the rest of this piece at The American Spectator.