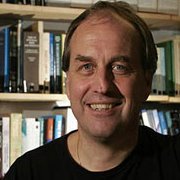 Looks like the warmists are getting SLAPP happy (Strategic Lawsuits Against Public Participation).

One of the world’s leading climate scientists has launched a libel lawsuit against a Canadian newspaper for publishing articles that he says “poison” the debate on global warming.

In a case with potentially huge consequences for online publishers, lawyers acting for Andrew Weaver, a climate modeller at the University of Victoria, Canada, have demanded the National Post removes the articles not only from its own websites, but also from the numerous blogs and sites where they were reposted.

Weaver says the articles, published at the height of several recent controversies over the reliability of climate science in recent months, contain “grossly irresponsible falsehoods”. He said he filed the suit after the newspaper refused to retract the articles.

Weaver said: “If I sit back and do nothing to clear my name, these libels will stay on the internet forever. They’ll poison the factual record, misleading people who are looking for reliable scientific information about global warming.”

The four articles, published from December to February, claimed that Weaver cherrypicked data to support his climate research, and that he tried to blame the “evil fossil fuel” industry for break-ins at his office in 2008 to divert attention from reported mistakes in the 2007 report of the Intergovernmental Panel on Climate Change, on which he was lead author.

The lawsuit also highlights several claims in the articles that attempt to question or undermine the scientific consensus on climate change, including that annual global mean temperatures have stopped increasing in the last decade and that climate models are “falling apart”.

Such statements, the lawsuit says, would lead readers to conclude that Weaver “is so strongly motivated by a corrupt interest in receiving government funding that he willfully conceals scientific climate data which refutes global warming in order to keep alarming the public so that it welcomes… funding for climate scientists such as himself.”

Weaver said: “I asked the National Post to do the right thing, to retract a number of recent articles that attributed to me statements I never made, accused me of things I never did, and attacked me for views I never held. To my absolute astonishment, the newspaper refused.”

A spokesman for the National Post said: “Beyond saying that we intend to defend the article, we do not comment on such suits.”

Read the rest of this story at the London Guardian.