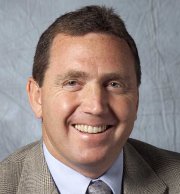 The scientific community is buzzing over thousands of emails and documents — posted on the Internet last week after being hacked from a prominent climate-change research center — that some say raise ethical questions about a group of scientists who contend humans are responsible for global warming.

The correspondence between dozens of climate-change researchers, including many in the U.S., illustrates bitter feelings among those who believe human activities cause global warming toward rivals who argue that the link between humans and climate change remains uncertain.

Some emails also refer to efforts by scientists who believe man is causing global warming to exclude contrary views from important scientific publications.

“This is horrible,” said Pat Michaels, a climate scientist at the Cato Institute in Washington who is mentioned negatively in the emails. “This is what everyone feared. Over the years, it has become increasingly difficult for anyone who does not view global warming as an end-of-the-world issue to publish papers. This isn’t questionable practice, this is unethical.”

In all, more than 1,000 emails and more than 2,000 other documents were stolen Thursday from the Climate Research Unit at East Anglia University in the U.K. The identity of the hackers isn’t certain, but the files were posted on a Russian file-sharing server late Thursday, and university officials confirmed over the weekend that their computer had been attacked and said the documents appeared to be genuine.

Read the Rest of this story at Wall Street Journal.