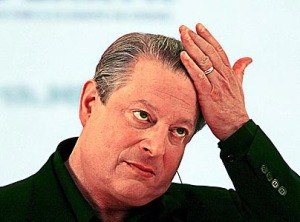 If you get you news from the likes of The Huffington Post and the New York Times here are some stories about Global Warming that occurred in 2013 that you probably never heard of.

1. Antarctic Global Warming Expedition Ship Trapped in Sea Ice. You may have heard about the Russian vessel trapped 100 miles away from land in 10 feet thick ice in Antarctica and how three ice breakers have failed to rescue it. What you may not have heard is this ship is filled with Climate Scientists studying Global Warming. They are comparing data from 100 years ago when there was no sea ice in the same location.

2. Yachts Trapped in Sea Ice in the Arctic Last Summer. You probably didn’t hear about all the yachts, sailboats, rowboats, and kayaks that got trapped by sea ice while trying to sail the fabled Northwest Passage. They were promised an ice free passage.

3. Global Sea Ice at Record Levels. Al Gore and John Kerry 5 years ago predicted that 2013 would be ice free in the arctic. You probably haven’t heard that the exact opposite came true. 2013 is currently at the second highest volume of sea ice ever recorded and will probably break the all time record before the season is over.

Read the rest at Minnesotans For Global Warming.

Writer, Activist, Pilot, Communications Expert, Jack of all Trades. Websites: https://www.DanMcGrath.net | https://www.DanandTina.net
View all posts by Dan McGrath →
Global warming scientists forced to admit defeat… because of too much ice: Stranded Antarctic ship's crew will be rescued by helicopter
Antarctic ice shelf melt 'lowest EVER recorded, global warming is NOT eroding it'