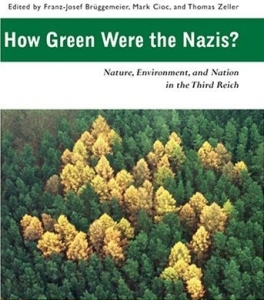 Greens candidate Clive Hamilton says global warming sceptics will prove to be not just worse than Holocaust deniers, but deadlier than the Holocaustâ€™s genocidal killers. After all, Hitler killed only 17 million people:

Instead of dishonouring the deaths of six million in the past, climate deniers risk the lives of hundreds of millions in the future. Holocaust deniers are not responsible for the Holocaust, but climate deniers, if they were to succeed, would share responsibility for the enormous suffering caused by global warmingâ€¦ So the answer to the question of whether climate denialism is morally worse than Holocaust denialism is no, at least, not yet.

Wow. Faced with such unfettered madness, I canâ€™t even get angry. I knew Hamilton was strange, but now the only question left is what such a hysteric is doing as a Professor in our universities?

Odd that Hamilton is the one to raise the Nazi analogy, given, first, that his own totalitarian instinct seems oddly familiar:

The implications of (a rise of) 3C, let alone 4C or 5C, are so horrible that we look to any possible scenario to head it off, including the canvassing of emergency responses such as the suspension of democratic processes.

Read the rest of this piece at Australia’s Herald Sun.