By Dan McGrath on December 18, 2009 in Cap and Trade, Copenhagen Treaty, Corruption, socialism 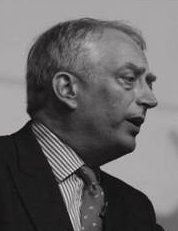 Today the gloves came off and the true purpose of the â€œglobal warmingâ€ scare became nakedly visible. Ugo Chavez, the Socialist president of Venezuela, blamed â€œglobal warmingâ€ on capitalism â€“ and received a standing ovation from very nearly all of the delegates, lamentably including those from those of the capitalist nations of the West that are on the far Left â€“ and that means too many of them.

Previously Robert Mugabe, dictator of Rhodesia, who had refused to leave office when he had been soundly defeated in a recent election, had also won plaudits at the conference for saying that the West ought to pay him plenty of money in reparation of our supposed â€œclimate debtâ€.

Outside, in the real world, it was snowing, and a foretaste of the Brave New World being cooked up by â€œworld leadersâ€ in their fantasy-land was already evident. Some 20,000 observers from non-governmental organizations â€“ nearly all of them true-believing Green groups funded by taxpayers â€“ had been accredited to the conference.

However, without warning the UN had capriciously decided that all but 300 of them were to be excluded from the conference today, and all but 90 would be excluded on the final day.

Of course, this being the inept UN, no one had bothered to notify those of the NGOs that were not true-believers in the UNâ€™s camp. So Senator Steve Fielding of Australia and I turned up with a few dozen other delegates, to be left standing in the cold for a couple of hours while the UN laboriously worked out what to do with us.

In the end, they decided to turn us away, which they did with an ill grace and in a bad-tempered manner. As soon as the decision was final, the Danish police moved in. One of them began the now familiar technique of manhandling me, in the same fashion as one of his colleagues had done the previous day.

Once again, conscious that a police helicopter with a high-resolution camera was hovering overhead, I thrust my hands into my pockets in accordance with the St. John Ambulance crowd-control training, looked my assailant in the eye and told him, quietly but firmly, to take his hands off me.

He complied, but then decided to have another go. I told him a second time, and he let go a second time. I turned to go and, after I had turned my back, he gave me a mighty shove that flung me to the ground and knocked me out.

I came to some time later (not sure exactly how long), to find my head being cradled by my friends, some of whom were doing their best to keep the police thugs at bay while the volunteer ambulance-men attended to me.

Read the rest of Lord Monckton’s account at SPPI.

50 Responses to Is the European police state going global?