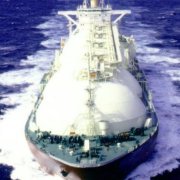 As is noted at NoCapAndTrade.com, Coca-Cola is a target of a boycott against companies who support cap and trade legislation, or the proposed Copenhagen climate treaty (which is designed to implement global cap and trade regulations of carbon dioxide). The fact that they would support regulating carbon dioxide emissions is in itself quite bizarre, since one of the main ingredients of their primary products is carbon dioxide and they are one of the worldâ€™s top users of the gas. Every time a can or bottle of Coke is opened, CO2 gets released into the atmosphere. Dr. Roy Spencer of NASA estimates that Coca-Cola products release 4,000 tons of CO2 into the atmosphere every day. It gets stranger.

In their effort to reduce their â€œcarbon footprint,â€ theyâ€™ve replaced their HFC-based refrigeration units with units that use CO2-based refrigerants. According to Coca-Cola, â€œCarbon dioxide, a natural refrigerant that is HFC-free, has less direct climate impact and improves energy efficiency under typical operating conditions.â€ They point to a venture called, â€œRefrigerants, Naturally!â€ which is a global initiative of companies committed to combating climate change by substituting flourinated gasses with “natural refrigerants.” Refrigerants like carbon dioxide, and hydrocarbons, the most vilified gasses on earth for their supposed greenhouse-amplifying effect. As it happens, flourine is an element and thus quite natural, albeit, toxic. The effort is supported by Grenpeace and the United Nations Environment Programme.

Has Coca-Cola made a Faustian bargain? Support for cap and trade in exchange for absolution of their own tremendous use of carbon dioxide? Or, is another motivation at work?

Carbon Sequestration, or Carbon Capture and Storage (CCS) is a new â€œgreenâ€ field of technology being developed to combat the supposed perils of global warming. An example of the concept is â€œclean coal technology.â€ When the coal is burned, instead of allowing carbon dioxide to escape up the smokestacks, itâ€™s captured, liquefied and stored to later be injected into deep geological formations, like spent oil fields (or applied toÂ industrial purposes). How does the CO2 get from the power plant to its final resting place underground? As it happens, there are only 4 shipping tankers in the world that are purpose-built for transporting carbon dioxide. Coca-Cola owns them. They also rely on the gas for the manufacture of their soda products. Is Coke planning to capture and transport CO2, only to release it back through its soft drinks? Could they also be gearing up to become aÂ supplier of CO2-based refrigerants for “green” fridges and air conditioners?

Cokeâ€™s biggest rival soft drink maker, Pepsi Co. is also targeted by the NoCapAndTrade.com boycott for their support of cap and trade. Pepsi is, of course, another company that is heavily dependant on carbon dioxide. They are listed as a partner on the Refrigerants, Naturally website.

Thereâ€™s much more to the economics and politics of cap and trade than meets the eye. Clearly, many companies are lining up in support of cap and trade because they are set up to profit from it. Coca-Cola, one of the worldâ€™s most CO2-dependent companies is also one of cap and tradeâ€™s biggest corporate boosters. Itâ€™s becoming clearer why. When something political doesn’t at first seem to make sence, always follow the money.

Writer, Activist, Pilot, Communications Expert, Jack of all Trades. Websites: https://www.DanMcGrath.net | https://www.DanandTina.net
View all posts by Dan McGrath →
No Treaty? No Problem! Obama to Push Ahead Anyway
Atmospheric CO2 Levels Have Remained the Same Since 1850