By Dan McGrath on March 1, 2014 in Cap and Trade, Mythical Consensus, Polls, Scaremongering 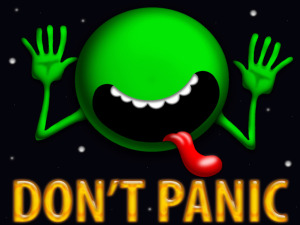 This, from Mother Jones, is what people who are losing the argument look like:

Global warming isn’t just going to melt the Arctic and flood our cities—it’s also going to make Americans more likely to kill each other.

“Looking at the past, we see a strong relationship between temperature and crime,” says study author Matthew Ranson, an economist with policy consulting firm Abt Associates. “We think that is likely to continue in the future.”

Just how much more crime can we expect? Using the Intergovernmental Panel on Climate Change’s warming projections, Ranson calculated that from 2010 to 2099, climate change will “cause” an additional “22,000 murders, 180,000 cases of rape, 1.2 million aggravated assaults, 2.3 million simple assaults, 260,000 robberies, 1.3 million burglaries, 2.2 million cases of larceny, and 580,000 cases of vehicle theft” in the US.

Americans, who are apparently tired of everything being blamed on climate change, are beginning to tune out. A quick look at Gallup and you’ll see that the environment doesn’t register as an issue that voters especially care about, and, too, that the number of people who say they are convinced by the endless claims of Science! has diminished dramatically in the last few years. And so, instead of toning down the eschatological predictions, we’re starting to see even more ridiculousness. Have we really reached, ”Hey, pay us some attention or your car will be stolen!”?

Read what’s left of this article at National Review Online.