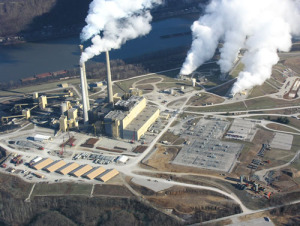 â€œI expect all the bad consequences from the chambers of Commerce and manufacturers establishing in different parts of this country, which your Grace seems to foreseeâ€¦. The regulations of Commerce are commonly dictated by those who are most interested to deceive and impose upon the Public.â€ – Adam Smith, 1785 letter. In The Correspondence of Adam Smith.

The American Clean Energy and Security Act of 2009 (H.R. 2454, aka Waxmanâ€“Markey) was narrowly adopted by the House of Representatives on June 26. As has become standard practice, few legislators were familiar with the final 1,428-page bill, given all the horse-trading hours before the final vote.

Waxmanâ€“Markey was a low point in the political process, but what made passage possible was worse: highly organized support from some quarters of the electric utility industry and a lack of protestation from much of the rest.

Some industry parties believe that their lobbyists successfully watered down an extremely disruptive legislative draft to the point that the final was merely distasteful. But compared to killing the bill, which could have been done had the industry been so minded, getting â€œa seat at the tableâ€ resulted in passage.

I remember when â€getting a seatâ€ in legislative negotiations included infiltrating and defeating bad proposals. Today, it means ensuring your company gets a piece of the political pork. Such â€œrent-seekingâ€ substitutes political capitalism for principled free-market capitalism and leaves virtually all of us poorer.

Read the rest of this piece at MasterResource.

3 Responses to Waxmanâ€“Markeyâ€™s Gravy Train: Why the Electric Industry Got on Board (Getting favors, adding pages to H.R. 2454)