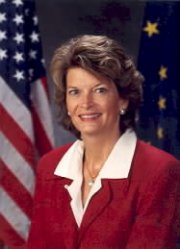 President Obama has been very made clear that his top domestic priorities are health care and global warming. We all know what happened on health care. Now the date is set for the key Senate showdown on global warming: June 10. That’s when the Senate will vote on a resolution introduced by Alaska Senator Lisa Murkowski (S.J. Res. 26) that would overturn the EPA’s global warming regulations. It’s not subject to filibuster. There is no place for weak-kneed senators to hide. In just two weeks we’ll know where every member of the Senate stands.As I’ve previously discussed here in the Fox Forum and documented on www.ObamaChart.com, the Obama administration is not waiting for Congress to enact a national cap-and-trade program to move ahead with its global warming agenda.

Under the watchful eye of White House Climate czar Carol Browner (who originally developed the legal theory of using the 1970 Clean Air Act as a global warming law, bypassing Congress) the EPA is moving forward on a staggering regulatory power grab that includes about 18,000 pages of appendices and will eventually regulate nearly every aspect of the U.S. economy.

Read the rest of thisÂ editorial at Fox News.